Wordless Wednesday: Joining the order of the Blue Monk

An early Handmade Monday! This week I've mostly been making roses.  And bag charms, but I guess you are fed up with seeing those (!), so here's how to make a wire rose.  Mine aren't very neat and each one turns about a bit different, but I like that.  They are not made in a factory, so why should I want them to be all the same?  That's my excuse anyway!  Here's the tutorial 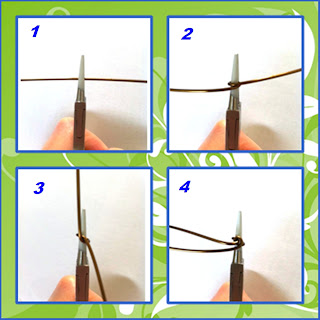 Step 1: Grasp the centre of the wire in the round nose pliers

Step 2: Bring each end of the wire round the pliers

Step 3: Make a twist so each piece of wire goes around the other

Step 4: Carry on the twist, bringing one piece of wire around to meet the other 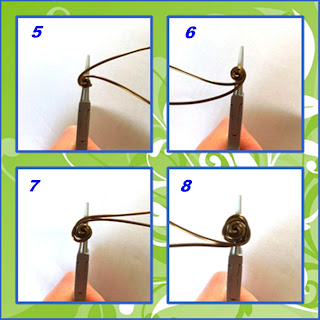 Step 5: Keep the twist going, but as you bring the two wires around the twist, gently lift one wire over the other.

Step 6: Keep going around with the two wires together, every so often lifting one wire over the other as you circle. Try to build each concentric circle so that it is lower than the previous one to give the rose depth. 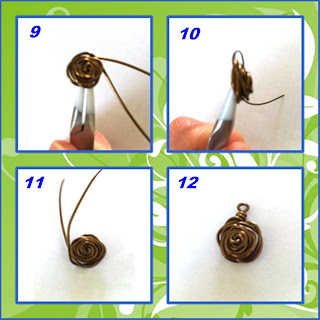 Step 9: As the rose grows, you may need to take it off the round nose pliers.  Use the loop in the middle of the back of the rose to hold it with the chain nose pliers so that you can carry on

Step 10: Holding on gets a bit harder the deeper the rose gets

Step 11: Nearly done. Just need to decide if you want it to be a charm or a connector or a bead, so either seperate the two wires and make a loop on opposite sides of your flower or ...

Step 12: ...create a wrapped loop with the two wires at the top of the rose.  You still have a loop at the back, which could be used to thread the rose onto beading wire like a bead if you wish, or can simply be flattened to get it out of the way.

The design possibilities are endless...

To make the ring, simply start the process winding the wire round a marker pen or ring mandrel first to construct the shank.

Here's the link to see what other crafty folk have been making this week.
Posted by Blue Forest Jewellery at 14:00 28 comments

Handmade Monday: Going round in circles

These spiral earrings really sum up what it feels like to be going round in circles - maybe that's why I love making spirals!  Thought I'd share how to do these little connectors with a dimple at the base.  Sorry about the blurry photos - camera was also in a bit of a tizz!


You'll need:
Round nose pliers
Chain nose pliers
Nylon coated pliers
Wire - practise with 0.6mm, make up in the gauge of your choice. 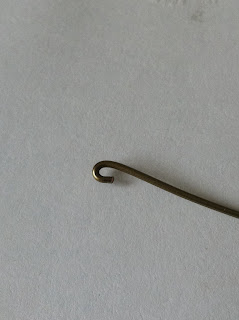 Spirals are easy but take a bit of practice.  The main issue is marring the wire, which is where the nylon coated pliers come in, but you can work just with bare pliers.  Thicker wire, and wire coated with a coloured finish, like this antique bronze wire, are the easiest to mark.  Sterling wire will mark too, but the marring won't be as noticeable as the silver should be the same colour all the way through. 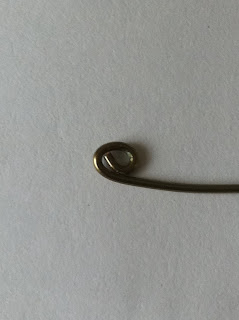 Step 2: Continue the spiral by clamping the hook with the pliers and pushing the wire gently around to form the start of the spiral.  This is the point at which it is hardest to manipulate the wire, and there's the most danger of marking it.  So nylon coated pliers are the ideal to use, although it is much harder to grip with them.  This is where practice makes nearly perfect, but you'll still have times where you mark the wire.  At which point, you can give up and start again (perfectionist route) or regard the marks as evidence of the delightful and quirky nature of handmade items and carry on spiralling (the optimist route!) 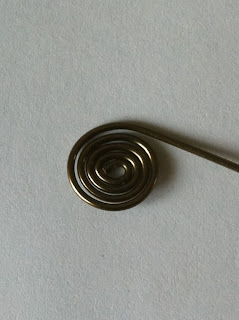 Step 3: Continue your spiral until it is at the size you want.  Move the wire as much as possible, and your pliers as little as possible.  One tutorial I read said carry on until you feel you've lost control - this means of the wire, I think, rather than any other aspect of your life! 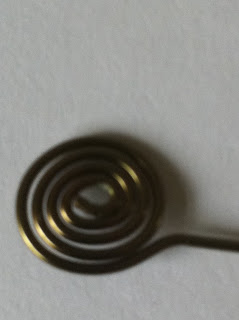 Step 4: When the spiral is done, make a right angle at the end by gently opening the end of the spiral, inserting the chain nose pliers and then bending the wire back towards the pliers.  Trying to do this with my fingers never works for me. 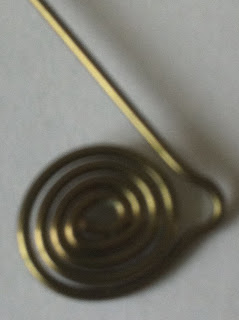 Step 5: Form the first part of the dimple using your round nose pliers to manipulate the wire, form the central loop and then bring the wire round and make the second indent of the dimple.  A bit fiddly! 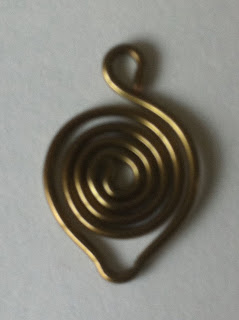 Step 6: Bring the end of the wire around the spiral to the top, trim to around a quarter of an inch and gently fold back with your round nose pliers to form the top loop.  You're done.

Here's the link to see what other crafty folk have been making this week.
Posted by Blue Forest Jewellery at 11:18 12 comments

These flower corsage/pins/brooches are new in my Etsy shop.  Made on a flower loom with a selection of wools and embroidery silks. 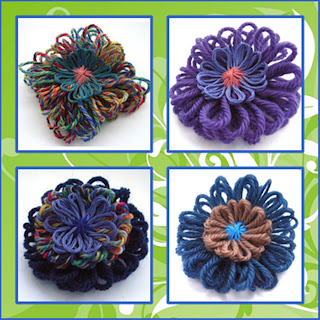 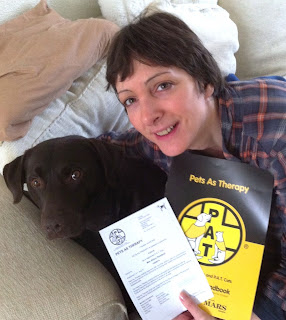 Just got confirmation that Lucca passed his Pets as Therapy assessment.  We have a certificate and everything!  Can't wait to start visiting.

Lucca looks a bit surprised in this photo.  His breakfast was slightly delayed by the arrival of the confirmation and that always worries him a little!
Posted by Blue Forest Jewellery at 10:50 3 comments

Inspired by some beautiful shawl/scarf/fibula brooches/pins this week, I've been having a go myself.  Mine are pretty amateur by comparison with some that I've collected here on Pinterest.  I wonder why there are so many different names for them?


The trouble with being inspired by others is that you start to worry about whether you are unconsciously copying ideas.  At least, I do, as I'm a champion worrier!  So I've stopped looking now and am waiting for a bit more inspiration to come.

These brooches are made with 1.2 mm wire (18 gauge) which is thicker than I've worked with before.  Like everything, I'd avoided using the lower gauges and then once I was working it, couldn't see why I'd done so, as provided I was quite firm with it and ensured it was warmed in my fingers first, it was quite pliant. It was snowing heavily outside, so quite cool.  The sort of weather when any self respecting Roman lady needs a glamorous fibula to fasten her cloak with....

I also need to file down the ends to a point that will go through knitwear but not be sharp enough to kill anyone.  That's a judgement call, so I'll need a bit of practice before any go in the shops!  What with that and the needle felting/stabbing stuff, I seem to be edging towards the more 'extreme' end of crafting.  Honestly, I would love a blow torch, but for someone without the necessary hand/eye coordination to pass a driving test, it is just too risky.

Here's the link to see what other crafty folk have been making this week.
Posted by Blue Forest Jewellery at 11:12 11 comments

Wordless Wednesday: One minute it's bag charms, the next it's brooches... 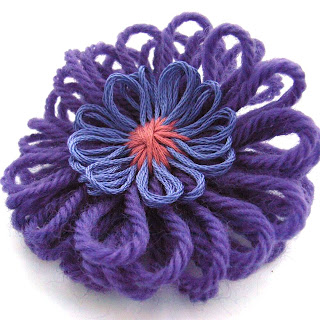 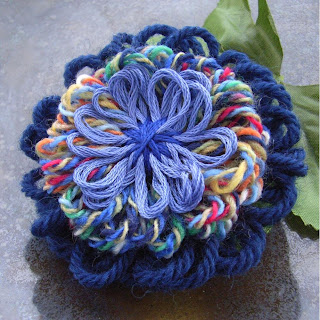 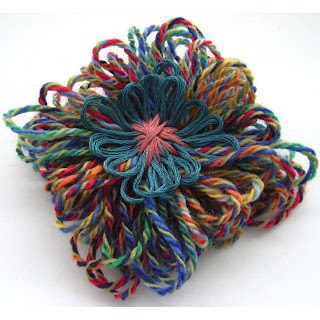