This was really a mistake, but I think I might have created something unique by doing it!

The pearls came in a batch of different colours. The gold ones were the ones I thought I probably wouldn't make up. Nothing wrong with gold, just not one of my favourite shades.

But I thought I'd see if the holes were large enough for memory wire, so started experimenting with the gold ones, and seeing if some topaz crystals would co-ordinate with them. 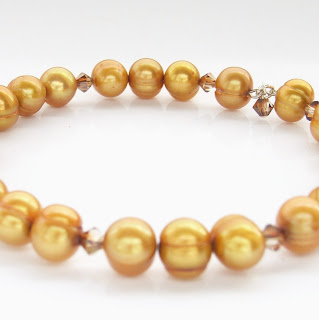 As you can see, they went on and I was pleased with the crystal effect. Quite a tight fit though, and as I teased them on, something happened to the memory wire. It sort of expanded and lost it's curl.


I finished it off with a jump ring and crystal, just to see how it would look... 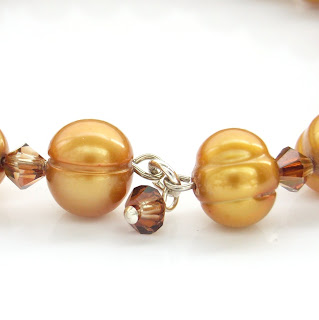 And now, I think I've got something half way between a bracelet and a bangle. It has enough flexibility to slip on the wrist but is quite rigid like a bangle. Could it be I've invented the BRANGLE?!

Here's the finished article. The colour is really growing on me now, and I'm thinking of putting it in the shop. What do you think? 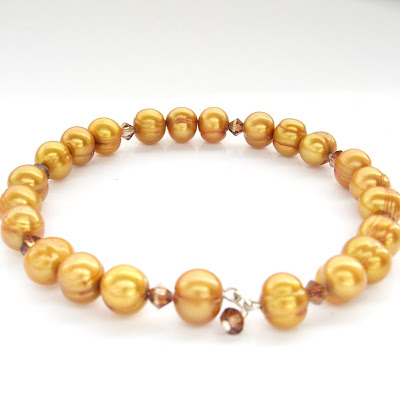 Posted by Blue Forest Jewellery at 19:15